4
The leaders' views: Not just black and white
Supplement Archive

The leaders' views: Not just black and white 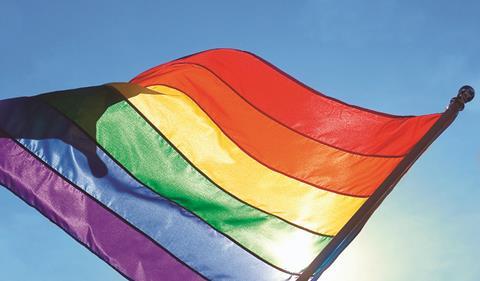 Non-disclosure also makes it very difficult to determine the proportion of gay senior staff. Anecdotally the situation appears similar to that for BME staff: gay people are not getting the top jobs.

Why are people not disclosing their sexuality? It is because despite the Equality Act and employment protection that have been in place for the last 10 years or so, bullying and harassment at work remains a significant concern for gay people.

Research conducted by YouGov for Stonewall found that one in five (19 per cent) lesbian, gay and bisexual employees have experienced verbal bullying from colleagues, customers or service users because of their sexual orientation in the last five years, and in most cases (15 per cent) it has been by a work colleague. Almost a third bullied at work have been bullied by their manager, more than half by people in their team and a quarter by people junior to them. So there is still work to do.

Gay staff who feel able to be themselves in the workplace, feel able to talk about their same-sex partner, for example, perform a lot better and are a lot more effective.

But while there is certainly room for improvement, there are many examples of good practice within the NHS from which other organisations can learn.

Stonewall runs the Workplace Equality Index ,which benchmarks employers on how gay friendly they are. This year we had an NHS trust - Nottinghamshire Healthcare Foundation trust - in second position. The trust is beating some of the biggest organisations in the world in how they support their lesbian, gay and bisexual staff.

Around 400 employers take part in the Workplace Equality Index each year - this year there are 32 NHS organisations - and all, bar one I think, has a network group for lesbian gay and bisexual staff.

All of our Top 100 employers have a staff network group. It’s something that we strongly advocate that employers should help facilitate and put in place, because traditionally gay staff have faced discrimination and one of the most effective ways of supporting gay staff is to formally bring them together and allow them to have a voice, to influence not only the organisation but also how services are delivered.

As part of the NHS Employers Equality, Diversity and Human Rights Week, Stonewall and NHS Employers are bringing LGBT staff in the NHS together to establish a national LGBT network.

If an NHS organisation is to be a truly representative organisation that serves the needs of the local population, it needs to reflect the population locally.

Certain groups come across barriers progressing in their careers and we need to identify the barriers and break them down. It is not going to be one single thing and it is not going to change overnight. We need a huge cultural shift in how we perceive different groups within our society and within the leadership roles of the NHS.

This is something that the British Medical Association takes seriously. We monitor the characteristics of our members, when they use our website or contact the BMA with problems by telephone to see how well we are representing our members in different groups.

Organisations shouldn’t be reactive, they should be proactive, and I sincerely hope that other organisations take a leaf out of our book. We don’t need to wait for things to go wrong to raise a problem or concern and tackle it.

Within the BMA itself we are also looking at the make-up of our committees and leadership. We want to make sure that as an association, we represent and reflect our membership better than we have in the past.

The BMA has not been great at promoting women leaders, but we now have a work stream about mentoring women in leadership. We are also working on breaking down barriers for BME doctors. We are hoping to hold an event soon where we invite BME leaders within the NHS to share good practice.

Within the NHS there needs to be a way of mentoring women and BME doctors because we don’t want good leaders within the NHS having to face extra barriers. This is not just about their careers, it is about improving the way that the NHS is run and I think that a truly diverse leadership will go a long way to achieving that.

For me the top two areas for the NHS in terms of improving representation at senior levels are gender and ethnic diversity. There are less than a dozen female chief executives and I think there is one black chief executive in England. That is appalling and has to be addressed.

One of the challenges is about having much stronger data and working with staff to help them understand why the data is important. If you give an equality monitoring form to a member of staff and ask them to divulge their sexual orientation, their ethnicity or their faith, especially at the moment when immigration continues to be the number one story, they are apprehensive about the security of that information and the relevance. There is a job of work to do reassuring staff about why we’re collecting it.

Two-hundred-and-ten countries of origin are represented in the NHS workforce and that’s an amazing success, but when we look at pay bands there are differences. We know that people who give their diversity background as being Asian Chinese/Japanese tend to be better represented in more senior positions and Asian Bangladeshi/Pakistani tend to be represented in lower pay grades.

Unless we’ve got accurate data we can’t explore why those things might be and we can’t put strategies in place to ensure that there are adequate career pathways to address what could be conceived as inequity, but is not necessarily evidence of inequity.

We know from the staff survey that there is a major issue with bullying and harassment, but we know this isn’t just based on ethnicity. We would like to be able to use data to be able to look at that more clearly to see if there are places or occupational groups where it’s more prevalent.

There is a perception that you are more likely be disciplined if you come from a BME background, but we don’t have hard evidence on that because not every organisation publishes equality information by disciplinary and capability procedure. Unless we collect the data, we can’t put the data in the context of general employment data to see if there is a difference. If there is a difference it doesn’t mean there is discrimination, but I want to be able to make sure that we can look at the data in a meaningful way to find the causes so we can resolve them.

At service level, collecting data on diversity and equality will not be given the same level of priority as reducing your overspend because the government doesn’t require it. Unless the equality delivery system and equality monitoring are made mandatory, certain organisations will get away with not doing it.

Cuts in administrative roles has made collecting quality data harder because they were really important at doing the number crunching and data entering. Entering accurate quality information is of vital importance at the front door to ensure that what we get out at the other end is strong.

We were starting to make steady progress towards addressing diversity and gender inequity in leadership, but the NHS reorganisation last year has decimated that. We were starting to see, in particular, more BME staff in relatively senior Agenda for Change pay bands.