Redefining Innovation: Coalition of the willing

Whether it’s bringing together whole systems of health and social care or rethinking care in a single department, integration must proceed by persuasion, not force. Ingrid Torjesen reports 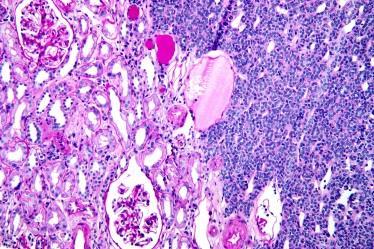 Integrating care seems to be the buzz phrase for the major political parties, which are all keen to find a mechanism to meet increasing demand for healthcare within budgetary constraints. But what that means and what it can actually deliver is less clear.

“There is no clearly accepted universal definition of what integrated care is,” explains John Deverill, managing partner of GE Healthcare Finnamore, a specialist health and social care consultancy that works with organisations trying to integrate care.

“We define it as the way in which the care is integrated around the patient and their needs rather than provided along traditional lines of how the NHS and social services have organised themselves, and which is in turn characterised by the evolution of medicine in this country along [specific disciplines].”

While there is evidence to show that integrated care is good for patients, Mr Deverill says, evidence to demonstrate that it saves a lot of money is harder to generate and will take time.

He emphasises that integration cannot be forced, and needs to start from “a coalition of the willing” – at least two or three people from the organisations involved who are committed to their organisations, doing the right thing for their patients, and have the energy and leadership skills to drive real change.

Budgets may have to be fused and transferred, beds closed and facilities moved. These difficulties can be accentuated by tribal tension between organisations, reinforced by tight budgets and old grievances.

“When it is clear that the rift between the organisations is so strong that they can’t overcome it,” Mr Deverill says, “[GE Healthcare Finnamore] may have to say you are not ready.”

Foundation trusts create a particular challenge, he adds, because they are “built around commercial success and commercial success only comes from someone else’s commercial failure”, unless they have good leaders who are able to accept that their organisation will lose money, be smaller and completely different, but that this does not matter because patients will be better off.

“That is a big ask of somebody who is looking after an organisation that is under immense political scrutiny,” Mr Deverill says. “We have to present something that is really compelling in terms of patient benefits and a financial model that is really sustainable.”

Mr Deverill recommends that organisations begin with a single cohort of patients with a single presenting condition rather than tackling the whole health economy.

The first step is for “the coalition of the willing” to create an organisational and clinical vision of care and how to deliver it. “You need to start with a top-down architecture but the initiative needs to be bottom up,” he says. “It is much better if people come along to the journey willingly because they think it is their idea and they can see advantages to them and the patients.”

Primary care is the hardest service to involve, because it is made up of many independent GP practices with diverse interests, Mr Deverill warns. “I have not yet run one of these things across the whole health economy where primary care has been directly involved.”

The whole systems programme began in October 2013 with an intensive design phase that produced a toolkit in March this year.

Thirza Sawtell, director of strategy and transformation at the NHS North West London Collaboration of CCGs, said a population segmentation approach was chosen rather than the traditional risk stratification way of seeking integration.

This focuses on the needs of population groups, ways to provide care to them differently by commissioning for outcomes rather than specifications, and how providers come together to respond to that challenge while overcoming the difficulties of one capitation budget across the population.

Early adopters are testing elements of the approach and the results will be analysed by the Nuffield Trust and the London School of Economics to inform the outcomes measures, which will be set in March 2015.
Ms Sawtell says: “The ultimate aim is to ensure that our systems work to the benefit of the people who use our services, and that is much easier to say than it is to do.

“How do you genuinely empower somebody so that the care is coordinated with them; how do you transform primary care so that the general practice is the coordinator of care around a number of providers; and how do you have a system that actually supports that rather than hinders this?”

She adds: “In a number of boroughs now practices are working in networks and they are configuring district nursing services, social services [and] voluntary services around that practice population of around 50,000 working to the needs of that population.”

Integration is not always about distinctly separate services, such as community and social care, working together to design and deliver better services, in some instances it involves improving provision of services within one sector through multiprofessional teams or networks.

University Hospitals Coventry and Warwickshire Trust is attempting to do this in histopathology by becoming the first in the world to use a digital system routinely for primary diagnosis. Currently pathologists view microscope slides directly.

Dr David Snead, consultant pathologist and clinical service lead for the trust, says: “No laboratory in the world is using digital pathology for routine work, it’s all being used for research or teaching or special applications, such as second opinions.”

This will require a massive expansion of scanning capacity he explains. “We produce 1,000-1,200 slides a day from our lab. If you send a few cases off a week for review, a few slides have to be scanned once or twice a week. Industrialisation of that piece of the work that needs to happen before you can make use of any of the digital tools that become available.”

The trust put in the scanners and other necessary equipment for the Omnyx Integrated Digital Pathology solution in November 2013, and began a validation study early this year.

This is due to complete at the end of October. If the trust then goes ahead, routine pathology work will be able to be shared more easily so it can be done by the first available pathologist specialised in a specific area, who may be offsite, increasing productivity. In the future this is likely to promote collaboration between labs, which will be able to outsource particular expertise, such as specialisation in transplant pathology or renal pathology.

Most exciting of all, the Omnyx system will enable pathologists to make use of soon to be available digital tools for tumour grading, tumour finding and measuring. “All this will guide the pathologist and protect him from making errors and hopefully improve diagnosis and patient care,” says Dr Snead.

Karl Blight on joining up the system

Innovation comes in many forms. Technology is the most obvious. But if the NHS is to alleviate the increasing pressures on its services, innovation is needed across the board.

This means not only innovative equipment, but innovative ways of using it, innovative interaction and information sharing between NHS employees, and innovative collaboration and communication between different departments and different elements of a patient’s care pathway.

I believe integration holds the key to effective innovation in the NHS.

The NHS is so disparate, with so many employees, services and departments, that integrating them is an onerous task. But it’s one that can be achieved and it must be.

GE and the NHS actually have some similarities here. Both institutions bring together a set of “businesses” that bind themselves together with operating mechanisms and culture. For the NHS of course, under particular public and political scrutiny, there are complementary pressures not only to integrate, but to simultaneously make efficiencies and improve patient care.

Consultancies such as GE Healthcare Finnamore have spent many years learning and advising on how to achieve this; where to start, who to target, how to implement change and how to measure progress.

But integrated care is only one part of the integration challenge. Technology also has a huge role to play, joining up disparate parts of the same system, eliminating inefficiencies, and, like Dr Snead at Coventry and Warwick, bringing interdisciplinary teams closer together to improve diagnosis and ultimately benefit the patient.