The gender pay gaps at the NHS arm’s length bodies have been revealed in new data published by the government.

The gap is the difference in the average hourly wage of all male and female employees. All employers in the UK with a workforce greater than 250 staff are required by the government to calculate and publish their gender pay gap. The deadline for reporting in 2018 was yesterday. 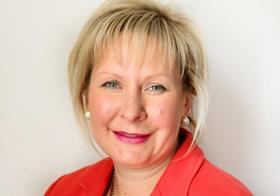 The national commissioner said it pays women and men equally for doing the same job.

Lisa Bayliss-Pratt, chief nurse and interim regional director for London and the South East, said HEE is “committed to consistency, fairness, transparency and equal treatment for all of our staff”.

She said: “This is the first time that we have produced a gender pay gap report for the organisation and further detail will be provided in the next publication.

“We are undertaking specific actions as set out in the gender gap report to ensure those issues are dealt with. For example, reviewing our recruitment policies and processes, supporting return to work following maternity leave, offering shared parental leave and flexible working.”

A DHSC spokeswoman said the department knows there is “more to do” in addressing the gender pay gap.

“We will continue to go even further with new actions such as encouraging more opportunities for flexible working,” she added.

A spokesman said it recognises its gender pay gap needs to be reduced and it is committed to continuing to improve the diversity of the leadership team.

“We are working on a number of initiatives aimed at addressing the gap, including our in-house leadership programme, which latest sign up figures show is being attended by increasing numbers of female employees,” he said.

CQC chief executive Sir David Behan said: “The data shows that there is no gender pay [gap] at the CQC as staff are paid within salary bands and the mean and median hourly rate of pay are virtually the same across all quartiles.

“This outcome is a real positive for people who work at the CQC and those who might be attracted to working for us. It demonstrates that we pay attention to ensuring fairness in how people who work for the CQC are rewarded.”

The regulator also reported that its employees are 69.1 per cent female and 30.9 per cent male, which is “closely replicated across the quartile data”.

However, the other arm’s length bodies all reported that most female employers are in the lower quartile and male employees in the highest paid quartile.