4
The HSJ100 shows NHS leadership as it is now, the HSJ Awards reveals how it could be transformed
Quality and performance

The HSJ100 shows NHS leadership as it is now, the HSJ Awards reveals how it could be transformed

The tenth HSJ100, published today, paints a picture of healthcare leadership as it exists today. The HSJ Awards, presented during a joyous celebration last week, shows us how it might be.

The HSJ100 seeks to predict who will wield the most power and influence in the English NHS and health policy for the 12 months following its publication. As ever, what it reveals is often not what the NHS – as an institution which should represent the country it serves – would aspire to.

HSJ’s exclusive that Peter Wyman is to become the new chair of the Care Quality Commission came too late to influence the HSJ100 placings. Mr Wyman is clearly an impressive figure with a very strong record of steering institutions through challenging times. HSJ wishes him luck.

However, his appointment further cements the hegemony at the very top of the NHS.

The chairs and chief executives of the NHS England, NHS Improvement, the CQC, National Institute of Health and Care Excellence, Public Health England and Health Education England are now all white men.

HSJ has already commented that the “pale male” dominance of the six major NHS agencies “shames” the service. We would only add that should these 12 leaders wish to avoid ridicule they should make sure they do not all appear on stage together, as at the last NHS Confederation conference.

The HSJ Awards have grown to become the largest celebration of healthcare excellence in the UK. The 23 categories had an average of 70 entries each – which probably makes them the most fiercely contested awards of their type in the world.

It would have surprised no one if entries had tailed off this year. Resources are shrinking daily – particularly among the NHS’s leadership cohort – and it would be perfectly understandable if innovation slowed.

In fact, entries to the awards leapt by 23 per cent – an astonishing tribute to the NHS’s commitment to push forward service development as a response to growing financial and demand pressures. 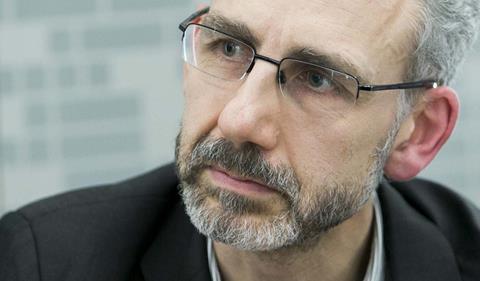 But much more important than statistics was the face the awards helped the NHS present to the world.

The evening began with 1,700 NHS staff standing to applaud the actions of two whistleblowers. Both Julie Bailey and James Titcombe have lead campaigns that have been profoundly challenging to the service and they have suffered personally as a result. However, as HSJ’s patient safety correspondent Shaun Lintern, said in his tribute to the two campaigners, their efforts to reveal “uncomfortable truths” have resulted in changes that will have long lasting benefits for patients.

The HSJ Awards were also a triumph for female healthcare leaders. Cheshire and Wirral Partnership Foundation Trust’s Sheena Cumiskey was named chief executive of the year. Indeed, no man has won the award in the four years of its existence.

Beverly Oates from Wirral University Teaching Hospital FT was named clinical leader of the year, while the provider trust of the year was Birmingham Children’s Hospital FT, led of course by chief executive Sarah-Jane Marsh.

The awards also saw mental health enjoying the prominence its role and importance deserves and Newcastle upon Tyne Hospitals Foundation Trust take home a prize for “stealing with pride” (otherwise known as “most effective adoption and diffusion of best practice”) as one of their three gongs.

On nights like this it is possible to be very optimistic about the response of the NHS to the intimidating landscape that lies before it. The HSJ Awards are a demonstration the service is doing its bit and now it is time to for the government to prove it can match that effort by delivering the funds the NHS needs in this week’s comprehensive spending review.

Over to you Mr Osborne.