6
Technology: Its image problem and what we can learn abroad
Supplement Archive

Technology: Its image problem and what we can learn abroad

The surging number of scans and scan appointments is a challenge across Europe. Kim Thomas and Claire Read report on steps taken by hospitals in Belgium and Germany to connect and streamline their systems 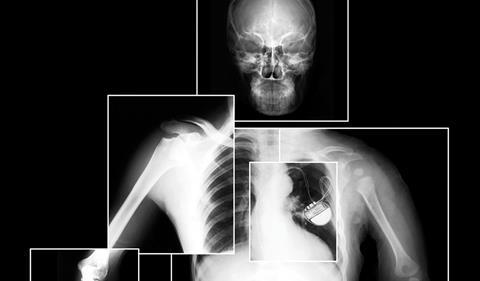 The Atlas is the first to cover the role of diagnosis,  providing 69 maps of diagnostics use across England, covering imaging, endoscopy, physiological diagnostics, pathology, and genetics

Modern radiology departments face rising demand for their services: throughout Europe, the number of scans performed increases each year.

Patients expect to be seen more quickly, and to have more say in their own treatment.

At the same time, there is pressure - particularly among publicly funded services - to provide a more efficient service, doing more for less.

Hospitals are finding that they can meet increased expectations through more intelligent use of technology.

AZ Sint-Lucas Hospital, based in the Belgian city of Ghent, is a good example.

With 805 beds and 70,000 patients admitted a year, it is also typical of the modern hospital. Its busy radiology department, employing 15 radiologists, carries out 140,236 examinations annually, with the number rising each year.

In 2008, the radiology department decided to move from film-based processes to a digital system. It installed a picture and archiving communication system from Merge, and a radiology information system (RIS) from medavis.

The aim was to provide a more patient-centric service and to minimise waste and inefficiency.

Dr Adelard De Backer, head of radiology, says that the medavis RIS appealed for a number of reasons.

A key factor was its ability to integrate with other healthcare systems, such as the hospital information system and the electronic patient record system.

“RIS is a very important tool in the radiology department because it crosses the whole of the workflow,” he says.

“It was essential that it could integrate with other systems, especially the picture archiving and communications system (PACS).

The medavis RIS was the best at fulfilling all the requirements we needed at the time to develop a digital workflow.”

The medavis RIS uses the HL7 and DICOM protocols to connect to other systems, and it is now “integrated deeply into the digital workflow of the hospital”, says Dr De Backer.

Not only that, but the RIS feeds information and medical reports into a local distribution platform serving general practitioners, improving the efficiency and reliability of communication between the hospital and primary care.

The RIS’s powerful billing functionality was also a very strong point in its favour. “In Belgium, the billing process is characterised by a lot of rules which we have to follow very closely,” explains Dr De Backer.

Although the number of yearly examinations has increased each year since the initial implementation, the radiology department hasn’t needed to recruit extra staff because the medavis RIS has improved efficiency, and the initial outlay has already been paid back.

When they make an appointment for a patient, staff know how long the examination will take, and this enables them to create a worklist that minimises the time in the waiting room, resulting in greater patient satisfaction. “We now have a standardised workflow.

Everybody knows how to perform a standard examination, how to make an appointment and how to bill it in the worklist,” he says.

The RIS has been extended into additional departments such as cardiology and nuclear medicine. Its flexibility has enabled the workflow to be adjusted to the specific requirements of the individual departments.

Although the quality and functionality were the key selling points of the RIS, Dr De Backer says he has also been impressed by a strong client/customer partnership.

He attributes the smooth implementation of the system to the large amount of preparation medavis did beforehand, consulting with healthcare, finance and IT staff to develop a good understanding of what was needed.

Within a few weeks, radiology staff were using the RIS without difficulty.

The RIS has been very stable but, if there are technical issues, Dr De Backer reports that they have always been resolved quickly - a single point of contact in the medavis technical support team responds to questions in a timely fashion.

It is a point echoed by Jens Brenk, IT project manager at the Klinik Dr Hancken in Stade, Germany.

Support and maintenance of this complicated IT infrastructure was complex and expensive and, when problems occurred, it was often difficult to find the source of the error.

In 2013, the decision was taken to introduce medavis RIS at all sites. This ensured that a system with three databases could be united into one central system.

All seven sites are connected via high speed broadband to a central, high performance service and 400 users have access to the RIS and to all patient data.

The conversion provided two big challenges, however. First was a technical one: uniting the many different IT systems in medavis RIS. Second, about 400 people had to become acquainted with the new system.

To make the system as efficient as possible for users, medavis RIS has sophisticated user roles defined within it, all workflow-oriented. An important prerequisite for the creation of these was comprehensive on site visits. Departments were visited, and users interviewed on their requirements for the new system.

‘There was not a single day of delay during the whole process. We could meet all deadlines’

According to Mr Brenk, each day invested in this preparation phase paid off during the implementation phase. Only by knowing the requirements of particular user groups could the system workflow, and training in that workflow, be adapted precisely to the individual needs of users.

These on site visits were combined with training sessions. Users were trained in specific groups - nuclear medicine, physicians and finance, for instance.

“The medavis training concept has great merit,” argues Mr Brenk. “All users were provided with a manual beforehand so they had previous knowledge at the time of the training and were able to ask specific questions.”

That involved up to four medavis trainers, who were on site for several weeks. Many of these individuals become support staff once the system was live - meaning users already knew such individuals well.

The conversion of all seven sites was done in only five months - from October 2013 to February 2014 - with the final system conversion taking place over just one day. “There was not a single day of delay during the whole process,” reports Mr Brenk. “We could meet all deadlines.”

With the implementation of a uniform RIS, Mr Brenk says the stability of the system has been improved and error finding and debugging has been made easier. The medavis Agent software distribution tool has also significantly reduced the amount of time administrators need to spend monitoring systems. It ensures updates as well as improvements are installed automatically.

There are efficiency improvements for patients too. “The central appointment scheduling was especially important for us in order to be able to offer patients an appointment at another site if no appointments are available at the requested site.”

The growing demand for statistics can also be satisfied quickly and easily, due to the central medavis RIS database. “We now have only one RIS to access radiological and nuclear medical information and [can] create analyses across all sites from one database,” he explains.

‘Hospitals must have strong systems to help meet this demand’

The increasing need for data illustrates how the requirements on healthcare organisations can change over time.

Here too, the management at Klinik Dr Hancken have found benefits from working with medavis. As a medium-sized enterprise, the company can be flexible, responding speedily to requests from customers. It also means that the medavis RIS can grow continuously in step with the needs of its clients.

While it may be difficult to predict some future trends in healthcare, the ongoing demand for radiology services is unlikely to change. A 2012 Department of Health report cited data which showed the number of CT and MRI scans carried out for the NHS has increased threefold in the last 10 years.

Others have reported that the number of some common imaging tests shows an average increase of up to 15 per cent every year.

It is clear, then, that hospitals must have strong systems to help meet this demand. As the experiences of staff at AZ Sint-Lucas Hospital and Klinik Dr Hancken show, smarter use of technology may be one important solution.