2
Case studies: how to give staff safe space to speak out
Supplement Archive

Case studies: how to give staff safe space to speak out

How two trusts are encouraging staff to speak up, with a system that lets staff send anonymous missives to the chief executive and a campaign to create a listening culture 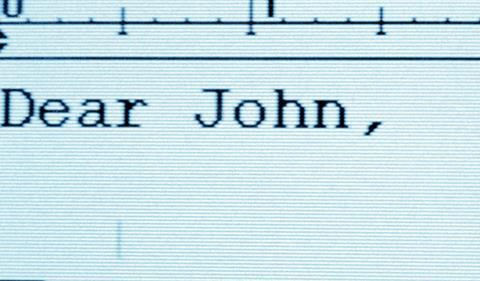 Like other organisations, Birmingham and Solihull Mental Health Foundation Trust has formal whistleblowing procedures. But the executive team wanted to find other, less formal ways of encouraging staff to raise concerns.

The fact that the chief executive is called John (Short) may have suggested a way forward - and the Dear John initiative was born.

This system allows staff to submit concerns directly to the chief executive via a stand alone Dear John website at any time, and from anywhere there is an internet connection. The reports can be anonymous if the sender wishes.

Those who do give contact details receive an initial response within 24 hours. Concerns are expected to be investigated within a week of being submitted, or sooner depending on how serious they are, and a record is kept of each and their outcomes.

In the first year, around 130 submissions have been received.

“As a trust we are clear that providing high quality services to our service users and carers is at the centre of everything we do and this is the focus of our corporate strategy and business plan,” says Mr Short.

“We therefore think it’s important that, when a staff member in any position in the trust has concerns that something isn’t quite right, they have a number of ways in which they can raise them to ensure that we are aware of anything that is compromising quality.”

The initiative responds to the recommendations of the Francis report with respect to highlighting the importance of reporting incidents of concern, as well as the Keogh review, which talks about the positive impact of staff engagement on patient outcomes, he adds.

Importantly, it doesn’t stand in isolation.

“Dear John sits alongside existing reporting mechanisms and policies such as whistleblowing and serious incident reporting. It is a slightly more informal mechanism for staff to use to raise a concern even if they are not sure whether something is actually wrong. They can do this anonymously if they wish and know their concern goes direct to the chief executive.

“As such it has proved effective in connecting staff with the executive team and in tackling some issues that might otherwise have escalated further and taken longer to come to our attention or have been ignored.”

The initiative adds to the information received via more formal channels and other staff engagement, giving a more comprehensive view of what’s happening across the trust.

“It also allows staff to suggest solutions to these, for example how they think we can improve processes or procedures.”

The trust has a number of ways of ensuring it listens to staff, and Dear John is an important part of this.

‘Dear John has been responsible for the purchase of new equipment for patient areas, re-examination of staffing numbers and investigations into bullying’

“We do have some evidence that the very existence of Dear John has contributed to a perception of a more open culture, for example its introduction has also coincided with other routes to raise concerns being used more frequently, such as local counter fraud referrals.”

Around a year in, Mr Short can point to specific examples of improvement generated by Dear John, including changes to patient environments and to how specific care is delivered.

“Dear John has been wholly or partly responsible for actions such as the purchase of new equipment for patient areas, re-examination of staffing numbers in certain wards, changes to processes such as recruitment and selection, and investigations into bullying and harassment and fraud,” he says.

“As well as this, it has contributed to wider trust initiatives already in place such as a review of inpatient numbers and how statutory and mandatory training is delivered.”

is advice for others thinking of setting up a similar initiative is to make it part of a wider staff engagement strategy which focuses on quality, rather than a stand alone initiative.

“We triangulate the information and themes gathered from Dear John with other sources such as the staff survey and complaints, as this gives a more complete picture of what is concerning staff and indicates wider patterns or common themes that need investigation,” he says.

“The key is that it is seen as a direct and more informal route for staff to contact the chief executive and the ability to raise concerns anonymously is an important factor in its success. For a system such as this to work, staff need to really believe that the chief executive is interested and that things will change as a result of them raising something.” 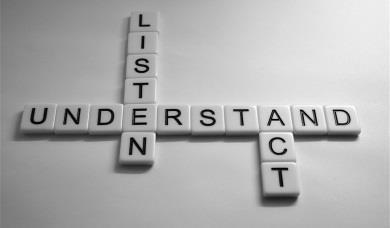 East London Foundation Trust has embarked on a quality improvement journey with the aim of changing organisational culture to one that places patients and families at the centre.

Importantly, says associate medical director for quality improvement and consultant forensic psychiatrist Amar Shah, it aims to embed listening to and learning from patients and staff at every level. That means that staff are encouraged to raise concerns - and can be sure that they will be listened to, and the results fed back to them.

Our quality improvement programme is about rebalancing the power and autonomy, to give frontline staff much more freedom, space and skills to test out small changes to their workplace

“Our quality improvement programme is all about rebalancing the power and autonomy, to give frontline staff much more freedom, space and skills to test out small changes to their workplace in order to improve the quality of care we offer,” says Dr Shah.

“We feel [it] is crucial to enable us to move from being an organisation that provides generally good quality care, to one that aspires to excellence at every encounter and one that truly values the skills and ideas of its frontline staff.”

An important part of this is a review of all of the trust’s support systems, from incident reporting, to making data open and transparent throughout the organisation. It has also included reviewing all HR policies and embedding listening in organisational structures at every level.

For example, following extensive staff consultation, the trust has introduced changes to its Datix system for incident reporting to make it more useful.

Improvements have included giving feedback to the original reporter about actions taken to address their concerns, setting up dashboards in Datix to allow services to view trends in incidents over time, and integrating incident data with other quality data, which staff will be able to access from any computer. Further improvements suggested during the consultation process will be implemented in due course.

The trust wants to embed listening and learning into its DNA, says Dr Shah, adding that it is making an “unprecedented” investment in quality improvement.

As part of this, senior management hold regular listening sessions which include a frequently held chief executive open forum. Executive “walk rounds” take place three times a week and key findings are passed back to the clinical team, shared at internal quality and safety committees, and published each month as part of trust board papers.

‘The trust wants to embed listening and learning into its DNA’

Clinical teams are also being supported to ensure there is a regular space where staff can come together to think and talk openly about the quality of care, share improvement proposals and test out new ideas.
Individual directorates are also being supported to encourage listening and acting on staff suggestions and comments, and feeding back on positive changes that have happened as a result under the banner of “you said, we did”.s

Dr Shah says the main barrier has been finding ways of releasing nursing staff from wards to attend the listening to improve sessions. But, he adds, the enthusiasm of frontline staff to be part of this change has been wonderful.

Asked to point to examples of positive change resulting from staff feedback, and Dr Shah says: “There’s so many examples of ideas from staff that have led directly to improvements in patient care that I wouldn’t know where to start.

“Our view is that the route to providing care of consistently excellent quality, with patients and families receiving the experience of care that we would want for ourselves and our loved ones, relies on us putting much more weight on the ideas, views and concerns of frontline staff. And our quality improvement programme, which is our core business strategy, will help us to achieve this.”

The trust has set up a QI website which includes resources such as a library of useful documents, as well as advice on how to get involved. It also contains news of quality initiatives, such as an electronic patient board that allows the City and Hackney home team to better manage their workload.

The trust has also been running QI roadshows, which staff are encouraged to attend, and is running a QI newsletter which also has links to learning resources.