See, touch, hear: How to make staff feel their concerns are heard

How can we make staff feel that they can speak out about their concerns? Jennifer Trueland reports 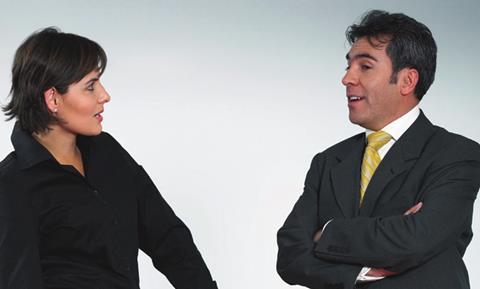 These reforms have affected the clinician-manager relationship to varying degrees

When it comes to supporting healthcare staff to raise concerns, sometimes a simple approach can be best.

“It doesn’t have to be something formal or really complicated,” says Nyla Cooper, programme lead for professional standards with NHS Employers. “It’s about the board being visible, managers engaging with staff, and being responsive to what they are telling them.”

Raising concerns, or whistleblowing as it’s often called, should be seen as an early warning mechanism to prevent bad practice from escalating.

Protecting patients from harm and ensuring dignity of care requires a system and a culture where staff feel empowered and supported to raise concerns safely and confidently.

The latest NHS Staff Survey presents a mixed picture: 89 per cent of staff know how to report any concerns they have about fraud, malpractice or wrongdoing. However, just 71 per cent would feel safe raising these concerns, and only 54 per cent would feel their organisation would address them if they did.

Ms Cooper, whose remit includes raising concerns, says there’s a strong recognition of the need to drive up public confidence. The Francis and Berwick reports talk about openness, transparency and candour, which are great aspirations to work towards. And there is a real commitment to affecting a change in culture in the NHS to enable that to happen.

“There’s a wealth of guidance, and regulation which is targeted at driving up the quality of care and patient safety,” she says. “But we just need to ensure that it fully supports people to be responsive and do the right thing.”
Developing a system and a culture where staff feel confident about raising concerns is important, but Ms Cooper acknowledges that getting it right isn’t quite so simple.

“Some of the issues presented are complex and rely on employers and managers to make the right judgement call,” she says.

“Sometimes they get it wrong. Organisations need to get better about communicating the lessons learned. Building staff morale after something has gone wrong and it hits the public eye can pose a huge challenge for employers.

“The real aim should be that staff feel empowered and supported to have those open discussions without the need to invoke formal whistleblowing procedures.”

Christina McAnea, UNISON national secretary and trade union side chair of the national Social Partnership Forum (representing 15 NHS unions), believes that the trade unions have an important role to play in helping to develop a culture where staff feel confident in raising any issues of concern and where they know that those concerns will be properly addressed.

Working in partnership with employers at a local level can ensure that robust reporting arrangements are in place, and that the staff are clear about how to use them.

“NHS staff are the eyes and ears within every workplace, they must be encouraged to voice their concerns whenever and wherever they feel that patient safety could be at risk,” she says.

NHS Employers provides advice and guidance to employers on developing processes which support staff to raise concerns. It also supports organisations, such as the Care Quality Commission, which take steps to encourage people to raise concerns, promote good practice and share learning.

Kay Sheldon, non-executive director at the CQC, previously raised concerns regarding the CQC culture and the inspections it was conducting. Although this was not an easy process, Ms Sheldon felt she had to do the right thing.

“I felt that I had to keep raising these concerns as it was my job and duty to speak up against things that could affect patient safety. Not pursing this was not an option - it was the right thing to do.”

Since raising her concerns the CQC have implemented changes and are also planning to hold two reviews on whistleblowing within the CQC and how the CQC can also support and protect whistleblowers within their remit.

“What we should be aiming for, is a culture where staff are able and expected to raise any concerns they may have.”

Although there has been some progress with raising concerns within the NHS, there is still a long way to go, says Jennie Fecitt, lead nurse with Patients First, a lobbying and campaign group which works to protect whistleblowers - and to create an NHS where they are no longer necessary.

Ms Fecitt herself suffered bullying and intimidation from colleagues after she repeatedly raised concerns about a member of staff’s qualifications. She eventually invoked her trust’s whistleblowing procedures because she had a reasonable belief - subsequently confirmed - that there had been a management cover-up over the issue.

“I remember going to bed that night, and thinking ‘my career is over”

The decision to blow the whistle wasn’t made lightly.

“I remember going to bed that night, and thinking ‘my career is over’,” she says. “But there was nothing else I could have done. I felt patients were at risk.”

Ms Fecitt and two colleagues were affected. Two were moved to different workplaces, and one, an agency nurse, found her hours dried up.

“The team were getting one-sided information because we couldn’t discuss it, so decided that we were on a witch hunt,” she says.

“It was bullying - they were ignoring me, there was real insubordination, and my daughter had a threatening phone call. I felt very isolated.”

There was real insubordination and my daughter had a threatening phone call. I felt very isolated

Her advice to staff who have concerns is to raise them verbally and try to deal with them informally.

“Most people don’t consider themselves whistleblowers - they just think that they have a concern and that they should raise it. Trusts should support staff to do this and should act quickly. After all, we’re talking about patient care, and things that have an impact on patient safety - what could be more important?”