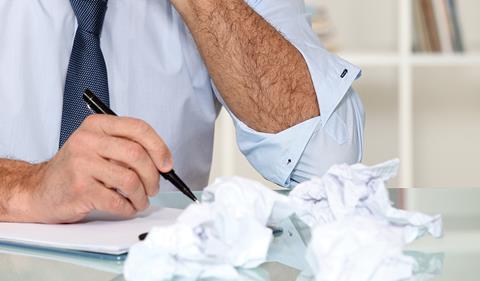 Post the publication of Francis report, a lot has been said and written about changing the culture within the NHS. However, the transformation can’t happen overnight

A lot has been said about changing the culture within the NHS, but major transformation cannot happen overnight. For a culture to change, strong leaders are needed with vision, flexibility and courage to do the right thing, which is why GE Healthcare Finnamore has been mentoring aspiring health and social care leaders through its Emerging Leaders essay competition.

‘Patients are not so much looking for “patient centred” care, instead it should be a dialogue about “what are my needs”’

The contest, in its third year, provides professional support and leadership counselling to emerging talent. Individuals and groups are invited to submit 3,000-word essays, of which six papers are shortlisted and a winner selected.

An event was held last month to celebrate last year’s winners and to explore their ideas around integrated care. Bruce Finnamore, special adviser to GE Finnamore Healthcare, opened the event by welcoming emergent and established leaders and inviting them to share their thoughts, best practice and new concepts on how to make integrated care a reality.

The winning essay was a joint effort by Dr Charlotte Hopkins, a consultant in sexual health at UCL Partners; Dr Asiya Yunus, a GP and clinical quality lead at UCL Partners; and Fiona McKenzie, a patient advocate.

‘We need to rethink how we incentivise innovation around integration of health and social care. Staff don’t have time to think about the “big picture”’

Ms McKenzie opened the debate by comparing patient centred care to “benevolent rhetoric”. She said conversations in the current climate are mostly focused on whether patients have the skills to take on self-management of their care, rather than how we make this happen.

“In our conversations we found that patients are not so much looking for ‘patient centred’ care, instead it should be a dialogue about ‘what are my needs’ and ‘what are the possibilities’. We are looking for expertise, after all,” she argued.

Angela Pedder, chief executive of the Royal Devon and Exeter Foundation Trust, echoed this sentiment. She pointed out that by defining people as patients, the NHS creates a culture of dependency, and suggested that services should be built from the community’s perspective.

“We need to rethink how we incentivise innovation around integration of health and social care. Staff in the NHS are rushed and they don’t have time to think about the ‘big picture’,” she said.

The point about the big picture was picked up by competition runners-up Elizabeth Sargeant and Nye Harries. The duo, who are part of the emergency care intensive support team, emphasised improving integrated care pathways for frail and elderly people.

‘If we can’t even define integrated care in a specific manner, how will we set objectives, implement and evaluate them?’

Ms Sargeant spoke about the necessity for health and social care planning for older people, saying we should plan for healthcare in the same way as we do financial planning for old age through pensions. “There needs to be a societal shift; we need to talk about death and dying,” she said.

A common theme that emerged from the discussion was the issue of organisational boundaries around integrated care, with speakers expressing concern that it is too “structured”.

James Audley, service manager at Royal Free London Foundation Trust and one of the finalists, argued that multiple definitions of integrated care adds to the confusion. “If we can’t even define integrated care in a specific manner, how will we set objectives, implement and evaluate them?” he asked.

Mr Audley continued: “Nationally, a certain level of vagueness isn’t a bad thing. [The definition] should be able to outline the key principles and not be too prescriptive. At local level, however, we should translate those principles into a specific model of what integrated care will look like to the patients: it should answer the ‘who, what, where, how and why’ for local populations. Unless we get specific, we will be dealing with rhetoric.”

The former chief executive of NHS England Sir David Nicholson agreed on the need for a national framework that would foster local innovation. “Most of the work we do is to boost national targets but integrated care doesn’t work like that,” he said.

“Every healthcare system in the world is thinking about the issue of patient and self-management, giving people more control over their healthcare. But how do you actually do it? The important thing is to listen to people: what they want, how they live and what are their problems, before going for service redesign. We in the NHS love redesigning incentives before having worked out what it is we’re trying to do.”

‘Senior leaders and chief executives are rewarded for financial performance, not how they work with each other’

Another key point picked up by Sir David was dislocation of people in the system, which he said can be attributed to “reasons sometimes beyond our control such as funding issues or politicians changing the system every five years”.

For leaders, investing in the locality, the organisation and the service is very important if they want to make a difference, he concluded, citing Torbay Care Trust - a pioneer in integrated care, where leaders have remained in post for 10-12 years and have brought about change.

The topic of leadership led Mr Finnamore to ask delegates what they thought should be the characteristics of a good leader, as well as questioning how we might support and provide encouragement to emerging leaders.

Delegates were invited to brainstorm about this question in pairs, which prompted a variety of views. “They should take an active interest in what other organisations are doing and have a sense of ongoing partnerships beyond what’s expected”; “they should involve people who are recipients of care”; and “leaders should take risks and foster a culture of support to juniors”, were among the suggestions.

But what should be done to enable and nurture new leadership talent?

“We need to redefine the cultural values, place importance on them and reward them,” said one delegate. “The current target driven culture doesn’t give us a chance to think about what we should value.”

Another added that senior leaders and chief executives are rewarded for financial performance, not how they work with each other, and there is a need to incentivise qualitative behaviour.

Unsurprisingly, both established and aspiring leaders agreed that leadership programmes such as the “Darzi” fellowship could go a long way to mentoring new talent. Ms Pedder suggested that the HSJ Summit could be a great platform for emerging leaders to interact with established leaders, as the former would benefit from the rich, open discussions happening at the event.

The day’s proceedings and the aim of the competition were summed up by John Deverill, managing partner of GE Healthcare Finnamore: “An energetic and innovative style of leadership is what we want to foster: people who go out and do something. One of the delegates had said earlier today, ‘This is the first time I’ve felt my ideas are good’. This is what we want.”